Oct. 19 saw one of the most important events ever to happen in Las Vegas. It wasn’t CES, Garth Brooks at the T-Mobile Center, or the Mayweather vs. Pacquiao fight − it was the final presidential debate of the 2016 election. Regardless of how each candidate was seen as performing, and regardless of who will win on Nov. 9, the event is already a success for Las Vegas, both the brand and the community many of us call home.

Las Vegas has never before been seen as a natural fit for this type of large political event. A U.S. president had never visited Las Vegas until 1935, when FDR opened the Hoover Dam. The area has been talked about as a host site for both the Republican and Democratic national conventions since at least the 1980s, but the city’s largest venue at the time, the Thomas & Mack Center on the UNLV campus, was considered not large enough.

That all has started to change recently. Las Vegas hosted primary debates for both the Democratic and Republican parties. Nevada’s battleground-state status and diversity of economics, ethnicity and geography make it a valuable bellwether campaign stop and an attractive venue for candidates. While presidents are no longer a rare sight in Las Vegas, the debate was a unique event. It’s also the first collaboration between a university and a destination marketing body to hold one of these events. The LVCVA and UNLV partnered together throughout the process to secure and produce the Las Vegas debate. 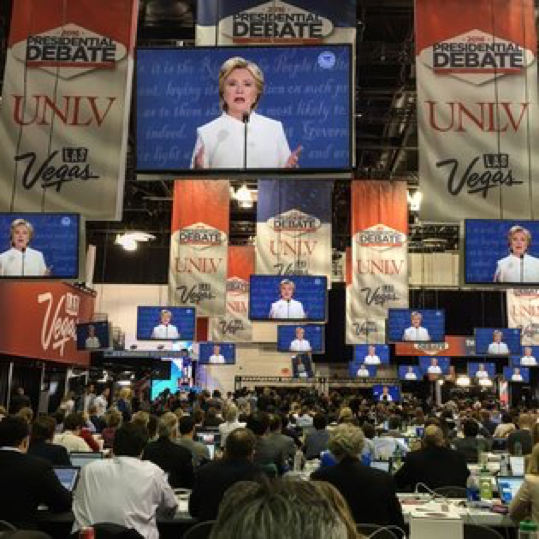 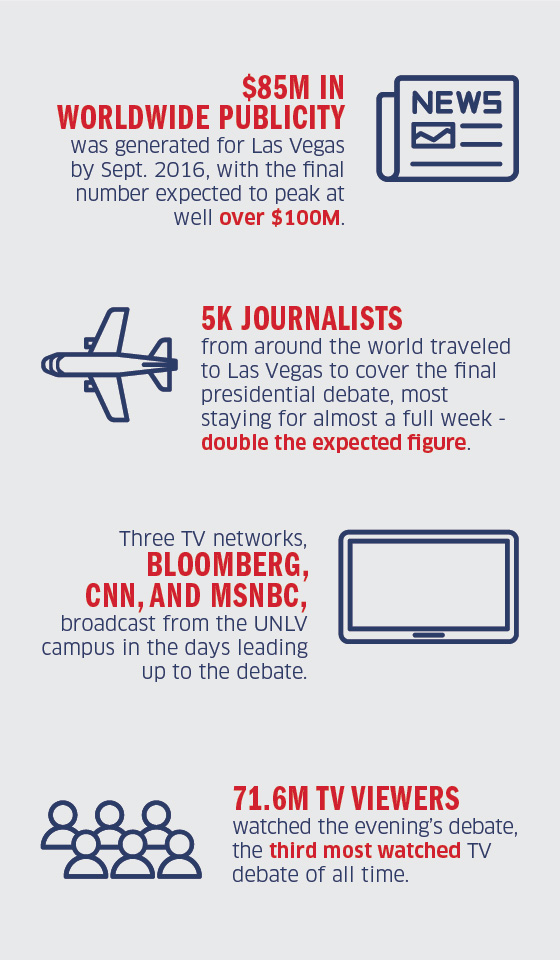 Here are some key facts about the debate held on Oct. 19:

The general feeling among political pundits and local observers was that the debate was a resounding success, and that the publicity value for both the university and the destination is priceless. With many experts predicting that we will be the site of a future national political convention − its further proof to what those of us who understand Las Vegas already know. Whether it’s the world’s best tourist destination, the center of most industries’ leading business events, or one of the most vibrant political scenes in the country − Las Vegas is always the right place to be.