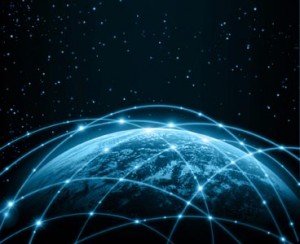 Membership in an organization must be advantageous to both parties. One should reflect the thinking and aspirations of the other. For R&R, membership in Worldwide Partners, Inc. (WPI), the largest network of owner-operated, independently run advertising and marketing communications companies in the world, is like being friends with 80+ agencies, across 50 countries on seven continents.

We bring our strengths in tourism, moving products off of shelves and changing opinions in the political arena in exchange for a host of mutual benefits. Through our WPI partnership, we’re afforded a bigger, broader, global reach in terms of research, innovative services and real-time collaboration efforts. As our clients’ service needs go international, our partnership allows us to tap into a rich resource of viewpoints, experiences and cultural insights with boots-on-the-ground contacts in any number of markets clients might be considering. It’s like a kind of gut-check, clearer picture look of our client’s strategies and the media landscape wrapped up in a thing they call a home advantage.

Working closely with eight partner agencies across the globe on behalf of a number of our clients including the Las Vegas Convention and Visitors Authority and Western Digital, among others, we are able to deliver the quality of work, service and partner successes in a way that only a network of like-minded independent agency partners can. And it empowers us to consider new business prospects in categories and markets we haven’t yet explored.

As we grow, we relish our independence. With the flexibility to make decisions and change directions on a dime – unlike companies publicly held or limited by a board of directors – we are able to do the right thing for our clients, like quickly capitalize on a shift in consumer behaviors or more thoroughly and efficiently analyze a markets’ viability with the help of our independent network relationships.

Building upon and improving member relationships is one of the highlights for the organization each year. For 2014, Las Vegas was selected as the worldwide meeting site (we didn’t apply any pressure or wild promises). And what a meeting it was. Needless to say, it was one of their most well attended WPI conferences to date.

The meeting allowed R&R Partners to us showcase Las Vegas in a way that only we could, and introduce ourselves to members we hadn’t met and further develop our relationships and ties with the organization. We had the opportunity to host an evening cocktail reception in our Las Vegas headquarters for more than 100 conference attendees. We also were able to provide a little behind the scenes magic with a special Q&A session with one of Cirque du Soleil’s artistic directors following the performance of the extravaganza, Zarkana.

For us, the highlight of the evening was when we were chosen to receive the 2014 “Perfect Partner Award.” This Worldwide Partners award is given to partner agencies that receive perfect feedback from other partner agencies within the network. The award recognizes those agencies that are seen as progressive and innovative.

On April 15th and 16th 2014, R&R worked with the Conference of Western Attorneys General to host a national energy summit in Denver, Colorado. The summit was the first public gathering of attorneys general and oil and gas stakeholders to address environmental regulatory challenges arising from directional drilling and hydraulic fracturing, more commonly known as fracking. The success of the conference prompted the attorneys general to ask that a section of the upcoming 2014 Conference of Western Attorneys General Annual Meeting in July be dedicated to issues surrounding energy. 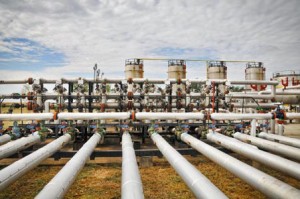 So what exactly is this organization and what do they do? The Conference of Western Attorneys General (CWAG) is a bipartisan group comprised of the chief legal officers of 15 western states and three Pacific territories. In addition to providing information and articulating western state views on federal issues and legislation, CWAG initiates meetings with many federal agencies including the National Indian Gaming Commission, U.S. Department of Interior, U.S. Department of Justice and U.S. Department of Energy, to name a few.

As government public affairs and marketing communication specialists in the energy sector, R&R Partners’
Denver office will be gearing up to host and launch a follow up energy summit this July in Park City, Utah. It’s important to understand why R&R is involved in the discussions surrounding energy. The Energy Department now estimates that the country has 25 trillion cubic meters of technically recoverable resources of shale gas, which when combined with other oil-and-gas resources, could last for two centuries. By 2017, the U.S. could be positioned to pass Saudi Arabia and overtake Russia as the world’s largest oil producer, according to a broad consensus of energy experts. To achieve real energy independence, which will make our nation more secure and stronger economically, there needs to be a clear course of action that brings all stakeholders together.

With the ongoing energy revolution, there are a number of implications for both American domestic and foreign policy. For example, increased shale-energy production will boost the economy by producing more jobs. It also reduces imports, which help the balance of payments and creates new tax revenues for local governments. In terms of foreign policy, our newfound abundance of energy will allow, for example, the United State to reduce Russia’s ability to coerce its neighbors by threats to cut off gas and other energy supplies.

By working in conjunction with the Conference of Western Attorneys General, not only is R&R able to participate in the ongoing conversation about our country’s energy policy, but we are also able to help bring together various energy stakeholders in building a consensus when public opinion and regulatory issues are at a crossroads. This reflects our government public affairs vision of playing an integral role in our nation’s connection between the environment and striving to become energy independent.

What happens when a global leader in technology confronts an uncertain future? When market and consumer behavior patterns twist in so many different directions, the company can’t reliably predict even its next short-term moves?

For Western Digital (WD), a leader in hard drive technology and manufacturing found its market convulsing with change, to say the least. Thanks to the explosion of smartphone and tablet ownership, there is a deluge of user-generated content. By the end of 2015, the average U.S. household will create about 3 Terabytes a year of photos, videos and music. To put that in context, that’s 12 times the amount of content that can be stored on an average 250GB laptop.

A recent Cisco white paper claims, “It would take an individual over 5 million years to watch the amount of video that will cross global IP networks each month in 2018. Every second, nearly a million minutes of video content will cross the network.”

These Zettabytes (1 billion Terabytes) of new content have be stored somewhere. And with astonishing velocity, they’re being stored on the Cloud. So while the tonnage of new content seems like a windfall for a hard drive company like WD, it’s actually as much of a threat as it is an opportunity.

The Cloud is perhaps the biggest challenge WD has faced in its 40-year history. WD supplies drives to Cloud companies, but increasing adoption of the Cloud could significantly impact the local hard drive business that comprises more than 80% of WD’s revenues. Obviously, the company’s core business needed to be protected. Further, like Dell, HP, Microsoft, Intel and other leading tech companies, WD was caught a bit flatfooted by how quickly and radically the market has evolved.

In the past, tech companies engineered their way through this kind of chaos by building better products. But this time, the key isn’t just new technology, but also coping with a profound behavior shift.

In the past 3-5 years, tech has become as mainstream as laundry soap. There is no such thing as a traditional “tech consumer” anymore. We’re all tech consumers. To one degree or another we’ve all become content creators, network administrators and programmers. And because our lives are much more mobile, we need our stuff to be available any time, anywhere, on any device—which is the exact value proposition of the Cloud.

As we started looking at competitive strategies vs. the Cloud, it became clear that the engineering approach that served WD so well in the past wouldn’t work. The Cloud was arguably a better, simpler, more pervasive solution than local hard drives. The answer lied in seeing if WD could capitalize on new consumer needs.

So when we dug into real-world consumer motivations, we discovered WD had an unexpected strategic advantage. Despite the hype and functional advantages, consumers weren’t totally buying into the Cloud. Consumers liked the Cloud’s access and simplicity, but distrusted the fact that a corporate third party controlled every aspect of the experience, cost and ultimately ownership of the content people stored in their servers.

Literally, the week before R&R pitched the WD account, Apple and Amazon launched their Cloud services to a surprising avalanche of skepticism and outright fear. Not just because the Cloud was too expensive or too confusing (it is). Or that it’s subject to hacking and not secure (think NSA). It’s because the Cloud violated a fundamental human need to have the things that matter the most, like your content, physically close to you and within your control.

We realized that consumers held the key and fortunately, WD had the advantage of a timeless human truth:

“You are what you own, not what you rent.”

Tactically, we also realized WD could leverage Cloud behavior but drive consumers to a local storage destination. WD’s My Cloud, which is an Internet-connected hard drive, gave consumers the freedom of a Cloud service, along with the security of having their content within their physical control. It’s what consumers told us they really wanted.

One of R&R’s strengths is in our strategic approach to align consumer needs with company truth. When these two aspects are aligned, magic happens and the brand thrives. Like the idea of adult freedom that has propelled more than a decade of world-class brand building for the Las Vegas Convention and Visitors Authority. When they’re disconnected, either the company is addressing the wrong target, or the target isn’t getting what it expected from the company. Either way, the marketing effort, and even the company, can fail.

Through a comprehensive Hurricane progression (our proprietary strategic process) consisting of primary research, consumer, channel and management interviews, and lots of internal collaborative thinking, we landed on WD’s brand essence, which is certainty. The concept of certainty is what compels WD’s 85,000 employees and more than 5,000 engineers to design and manufacture perfect products; products that have less than a 0.7% failure rate or better. Certainty was clearly the company truth.

Certainty is also what WD’s consumers demand from their digital storage. A failed hard drive is catastrophic to a family’s memories, to a business’s operations, and especially to large-scale enterprises like Wall Street and the Department of Defense that rely on WD products.

Happily, certainty also directly addressed the weaknesses of the Cloud. Consumers perceived the Cloud to be uncertain and were uneasy over Cloud anonymity, changing fees, punitive terms of service and exposure to spying and hacking. Certainty helped us position My Cloud as the preferred alternative.

So what happened? The “Overclouded” campaign we created took on the Cloud directly and more than doubled WD’s aggressive launch sales projections. For the first time in its history, WD outsold Apple, while industry analysts saw My Cloud as a viable alternative to Dropbox and other Cloud services. What’s more, WD’s brand equity increased more than 55% in a single year. It was the most successful product launch in the company’s history. Not bad.

But it all began from a single perception, which didn’t come from the client, the product or “best practices.” It came from a deep understanding of the emotional needs of the consumer and how the company could credibly meet them.