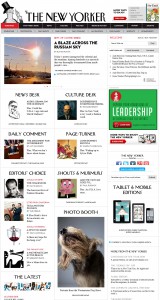 Powerful ads during the Big Game were remembered by some, but just a little more than a week after the game, most of us have forgotten most of the ads. Even with the power of social media and the YouTube Ad Blitz after the game, some brands scored bigger than others. Which poses the question: Is the game a platform for brands to kick off a campaign or a platform for one-offs.

The most forgotten spot is Audi’s Prom. It’s also one of the most conceptually sound spots in the Big Game. Who hasn’t thought back to that prom or dance where they did or didn’t grab that moment? The brand that lost its way was Coke. Coke is supposed to bring happiness to everyone. Making happiness a dog-eat-showgirl competition is not their brand. The best ads were Mercedes Benz Soul and Miracle Stain. They both had everything I need for a great commercial … a great epic story line, fantastic performances, and a communication at the end that seals an emotional tie to the message and the brand. Still, with all that money and talent, a tweet got the most play.

One note … even the worst advertisers during the Super Bowl reap the benefits. For many brands, awareness is a win-win, even if the ad is being touted as a disaster. Century 21 gets talked about for two weeks before the game and gets Web and customer traffic to make just being in the broadcast worth it even though the ads end up at the bottom of most lists. There are many other brands that feel the same way. Look at Audi. They had a pretty good ad and believe that a TV buy in the Super Bowl is the best way to go year after year … because it works.

It seems that, unlike the game itself, for most brands, the Super Bowl ad competition doesn’t end at the final whistle. Brands are clearly hopeful that their campaign kickoffs lead to long returns with their consumers.

Advertisers spend a lot of money each year during, before and after the big game, especially for the expensive in-game TV spots. Now that we have had almost 24 hours to digest the plethora of creative ideas, the ones that we are talking about took place on social media channels.

Twitter is the unofficial king of the big game, where 24.1 million Tweets were sent out about the game and/or halftime show (this is without counting the ads as well).

The power outage alone generated around 231,500 TPM (tweets per minute), which is more than any other topic, including a 108-yard kickoff return by Jacoby Jones at 185,000 TPM.

Brands saw an opportunity to take advantage of a situation that was unexpected. Oreo, Duracell and Tide all capitalized on one of the important pieces of social, which is timeliness.

Oreo managed to engage users with the following tweet: 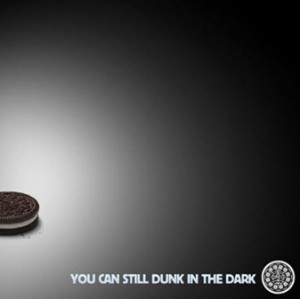 Very impressive numbers, with 15,260 retweets and 5,428 favorites on tweet that probably took no more than 15 minutes to push live on its social channels.

And Duracell managed to score an “extra point” when the lights were out as well. 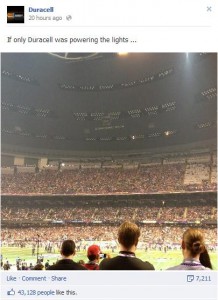 Just 45 minutes after Dodge ran its “Farmer” spot, there were a total of 402k social media comments about the spot. Dodge led the crowd in sheer numbers, but Tide, Taco Bell and Doritos led the pack with the most positive sentiments out of the ads that ran during the game.

With the exponential growth in social and how it relates to campaigns, it makes you wonder what next year will have in store.

Nearly all of the spots were available on YouTube days before the game even aired, and engagement campaigns started well before that.

One thing is for certain – social will continue to grow. Brands need to figure out how to embrace it or they could very well be left behind. Also important to note – 45 percent of the TV audience was female. Advertisers and packaged goods, such as Oreo, took advantage; Calvin Klein did, too.