First, we need to understand the grid. This is the system of lines, power plants, solar facilities, wind farms, dams, switches, transformers and other very expensive infrastructure the U.S. power industry uses to generate and deliver electricity to all of us, 24/7.

Into the picture come homes and small businesses that install solar panels on their rooftops to generate their own electricity – independent of the grid. They don’t pay a utility company for it. It came from their roof. It’s theirs. 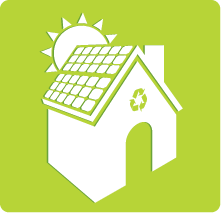 But the sun doesn’t always shine. So these homes and businesses stay attached to the grid because they need electricity 24/7. Of course, they pay the utility for the power they use when the sun isn’t shining.

So far, pretty simple. But wait.

First, most of the homes and businesses with rooftop solar don’t use all of the power they generate. Where does it go? Since they can’t store it (at least not yet – a number of scientists and visionaries are working on technology to change that), it goes back to the grid, so the utility can deliver it to someone else.

And charge for it, though they didn’t generate it.

If that sounds unfair, don’t worry. The utility credits the homes or businesses for the rooftop-generated electricity they have sold to someone else. That’s the basis of the term net metering. In theory, the home or business owner isn’t billed for the total, or “gross” energy consumption. Instead, the charge is for the “net” consumption – the amount you use less the amount you generate. 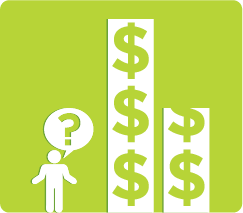 There is yet another point of contention. It’s our friend, the grid, which, as we discussed, is very expensive. For the most part, the costs of the grid are baked into the rates the utility charges. Those rates are rooted the idea that customers are connected to the grid and pulling power from it 24/7. The theory: Spread the costs of the grid evenly across the entire ratepayer base.

However, based on that thinking, if rooftop solar owners aren’t pulling power from the grid all the time, they aren’t paying their fair share.

How so? Though they are always connected to it, they aren’t always paying the rate that includes its costs. Meaning those customers without rooftop solar will end up paying a disproportionately high percentage of its cost. Put another way, if a non-solar user pays a certain price for electricity and a solar user – after rebates – pays half that amount, the non-solar user is paying twice as much for a grid whose cost to both customers is constant. Utilities believe this is unfair. To close the gap, some utilities have proposed a flat service charge to rooftop solar owners to make up the difference and keep the costs of the grid distributed evenly. This has happened in Nevada.

Many proponents of rooftop solar resist. The original idea was that rooftop solar owners would derive savings from producing, using and selling their own power. Over time, those savings would cover the cost of installation and maintenance. They say that a combination of unfairly low rates for credits and service charges make that impossible. Again, the utilities disagree.

So, who decides? As with virtually everything in the utility industry – regulators decide. In Nevada, it is the Public Utilities Commission, or PUC. In Arizona, it’s called the Arizona Corporation Commission, or ACC. These regulatory bodies conduct public hearings in which all affected parties – utilities, rooftop solar owners, the rooftop solar industry, the general public – state their case and make their proposals. They then decide what net metering rates will be enforced and what, if any, service charges will be adopted. 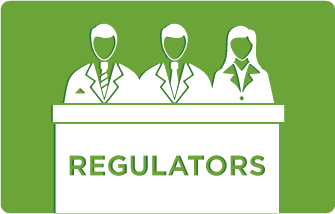 Those hearings create a fair amount of news. This is happening in Nevada right now.

Like many issues in the world of energy, net metering can seem esoteric and confusing. But if you live in a state with conditions conducive to creating solar energy, it’s an issue that will surface, if it hasn’t already. Hopefully we’ve been able to unravel the mystery enough to give you a basic understanding of an issue that won’t be going away anytime soon.