Selling Vegas in a new reality.

If you build it, they will come. One of the great lines in movie history is a nice 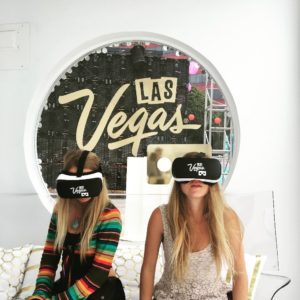 fit with our VR efforts over the past year. The team at R&R Partners has been busy developing virtual reality content for our Las Vegas Convention and Visitors Authority (LVCVA) client at an exhaustive rate, while consumers ate up the experience.

And while industry professionals have recognized our latest efforts in marketing the destination, most recently, the research community has taken notice. Early in 2016, we were approached by YuMe, a global audience technology company that was interested in using our VR content for a study being commissioned with Nielsen. The study was a neuroscience-informed research report based around emotional engagement across mobile VR and 360 video as compared to TV. Nielsen’s neuroscience team studied 150 people as they consumed VR content from Las Vegas and Disney across these three platforms.

The results were great and provided much needed insight for our industry on a new platform. Not only will this study help R&R Partners keep delivering impactful content, it will give guidance to the entire advertising industry.

A few of the key findings include: